The best Hollywood films of 2020 so far 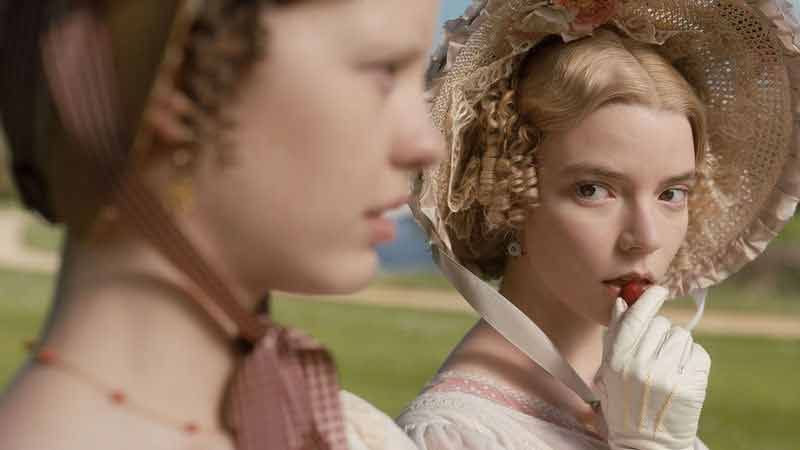 BBC Culture’s film critics Nicholas Barber and Caryn James pick 10 of this year’s highlights, including Da 5 Bloods, The Hunt and a blood-soaked Brazilian homage to Westerns.

Spike Lee’s latest is a passionate, kinetic, thoroughly involving epic, combining intense drama with flashes of wit. As four black American veterans return to Vietnam to recover the body of their lost friend, as well as a cache of gold, Lee takes a long, historical view of the US and its racism. The friends are complicated individuals created with great immediacy – Oscar buzz has deservedly started for Delroy Lindo, whose character is tortured by the past and by post-traumatic stress disorder. Da 5 Bloods is one of Spike Lee’s best, which is saying a lot.

The Personal History of David Copperfield

One of cinema’s worst ever injustices is that The Personal History of David Copperfield was snubbed at this February’s Baftas. Even by the standards of its writer-director, Armando Iannucci, this joyous and endlessly inventive film is a glittering achievement that raises the bar for Charles Dickens adaptations. The clever part is that it’s a loving celebration of the author’s prose, but it is also wonderfully cinematic in its use of vibrant colours, split screens, captions, voiceovers and fantasy sequences. And while Iannucci roots it firmly in the poverty and class system of Victorian England, it’s also bracingly modern, not least in its multicultural casting (Dev Patel is terrific in the lead role). BBC Culture’s review called it “a warm and lively David Copperfield for today”.

This quietly profound drama follows 17-year-old Autumn (Sidney Flanigan), pregnant in a small town in Pennsylvania where abortion is restricted, as she and her cousin secretly take a bus to nearby New York City to terminate the pregnancy. Far from a message movie, writer and director Eliza Hittman’s film is an eloquent, intimate story about choices, secrets, and the sad, desperate decisions young women sometimes make to save their own futures. The camera silently captures the heartbreak on Autumn’s face, as well as the dreary texture of her town and the bright, overwhelming reality of New York. The film is wrenching in its honesty yet exhilarating in its empathy.

The Hunt was controversial before anyone had seen it. A comedy thriller about a gang of privileged liberals (including Hilary Swank) who kidnap some right-wing ‘deplorables’ (including Betty Gilpin) and then pick them off for sport, its release was postponed last year after two mass shootings in America, and it was condemned by US president Donald Trump on Twitter. But when it finally came out this spring, just before cinemas shut down, Craig Zobel and Damon Lindelof’s film turned out to be an exhilarating rollercoaster ride that kept you guessing as to who was on whose side and who was about to be killed. Caryn James praised it in her BBC Culture review as “a smart satire” and “a sly, acerbic, fun-to-watch send-up of the political divide in America”. So far, none of 2020’s releases has been better at eliciting whoops and winces from its audience.

One of the strangest, most inventive films of the year is this sly Brazilian gem, set in a poor, isolated village called Bacurau. The tight-knit community, including Sônia Braga as its often-drunk doctor, is oppressed by a corrupt politician, and confused about why Bacurau has suddenly disappeared from any map, printed or online. When the village is invaded by mercenaries, the film morphs into a blood-soaked homage to Westerns. You can analyse the movie’s subtext about Brazilian politics or just enjoy its engaging, genre-bending audacity. Directors Kleber Mendonça Filho and Juliano Dornelles have created a dazzling piece of filmmaking, which shared the Jury Prize at Cannes last year.

Kitty Green’s astute, tightly controlled drama is set in the drab New York offices of a predatory film mogul; no prizes for guessing who the unnamed and unseen mogul is meant to be. Structured as a day in the life, The Assistant stars Julia Garner as the lowly new employee who toils from before dawn until after dusk, answering phones, printing out scripts, unpacking bottles of water, and tidying away all the evidence of her boss’s liaisons: imagine a more authentic, low-key companion piece to The Devil Wears Prada. The Weinstein-alike CEO may be the villain of the piece, but the film looks beyond one man to focus on a wider corporate culture of sexism, condescension, and quiet complicity. There are no big speeches or explosive confrontations, but there is tension throughout as we wait for the titular assistant to rebel against her boss... or accept that she is going to keep working for him, come what may.

Did the world need one more Jane Austen adaptation? Not really, but this enchanting, colourful version is a very welcome addition. Director Autumn de Wilde doesn’t reinvent the period genre; she leans into its comforting, old-fashioned appeal. As Emma, Anya Taylor-Joy captures the heart and warmth beneath Austen’s bossy, match-making heroine. Johnny Flynn is irresistible as her gruffly charming, improbable love, Mr Knightley (younger than the novel has him). And Bill Nighy gloriously steals every scene as Emma’s comically overprotective father. De Wilde puts her career as a photographer to good use in this beautifully shot romance.

The Vast of Night

Are aliens watching us? Were they hovering in the skies above 1950s New Mexico? This small-town sci-fi mystery asks those familiar Twilight Zone-ish questions, but it answers them with so much verve and originality that they seem brand new. Set over the course of one evening, The Vast Of Night follows a local radio DJ (Jake Horowitz) and a telephone operator (Sierra McCormick) as they investigate the eerie noises that are being broadcast from somewhere nearby. The film includes some sharp commentary on the marginalising of certain social groups, but it’s the sheer technical bravura that makes Andrew Patterson’s debut such a treat. As the camera roves all over town in long, unbroken takes, and the likeable stars rattle through pages of funny and idiosyncratic dialogue, you know you’re seeing the emergence of a hugely exciting new talent.

The Painter and the Thief

This odd, compelling documentary begins when Barbora Kysilkova, a struggling Czech artist in Oslo, has two paintings stolen from a gallery. After the thief, Karl Bertil-Nordland, is arrested, Barbora seeks him out and asks to paint his portrait. She is appropriating his image just as he stole her art, but that is only the beginning of a real, sometimes spiky friendship, as the story expands to include Barbora’s relationship with her boyfriend and Karl’s drug addiction. Director Benjamin Ree followed his subjects for years to create this richly-layered, moving chronicle of inspiration, guilt and reinvention.

True History of The Kelly Gang

Justin Kurzel’s biopic of Ned Kelly, the notorious 19th-Century bushranger, is light years away from the average period drama. Adapted from Peter Carey’s novel, it’s a hallucinatory punk-rock video – a searing picture of colonial-era Australia’s blasted landscapes, endemic corruption, decadent sex and bloody violence. Kelly himself (an electrifying George MacKay) is taught to survive in this savage alien terrain by his brutal mother (Essie Davis), a rollicking bandit (Russell Crowe), an exploitative policeman (Charlie Hunnam) and a dissolute English official (Nicholas Hoult, refining the evil Hugh Grant persona he introduced in The Favourite). Under their influence, it’s almost inevitable that he should become the leader of a cross-dressing revolutionary gang. Kurzel and his team make Kelly more feral and frightening than ever, but more sympathetic, too.

The best Hollywood films of 2020 so far

Most popular
On Art & Culture 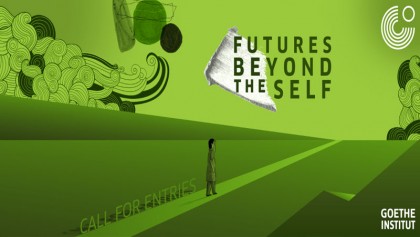 German language school and cultural organization, Goethe-Institut Bangladesh has launched a funding initiative titled 'Futures beyond the Self' for all Bangladeshi artists/artistes, art collectives, cultural activists,…